More than 500 wasp species are found throughout Canada. Most wasps are social
species that live in multi-member colonies numbering from fewer than 10 individuals up
to 15,000. Among these, nuisance wasps include hornets, yellow jackets, paper wasps,
and mud daubers.

Wasps range from 13 to 40 mm in length, are yellow, white, black, or reddish in color,
and have three pairs of legs and two pairs of thin, transparent wings. Different wasp
species bear characteristic markings. Unlike most bees, wasps are generally hairless.
The body of a wasp is composed of three distinct parts: head, thorax, and abdomen.

A common sign of wasp infestation is the wasp nest. These may be found in or around
homes or other structures. Different wasp species have different nest building locations.
Paper wasps create aerial nests which can be found hanging from trees, under roof
eaves, and from decking, arbors, and gazebos. In contrast, most yellow jackets create
underground nests, utilizing former rodent burrows or cavities beneath rocks and
shrubs. Wasps are aggressive and will readily defend their nests by stinging any
perceived threats. Individuals with allergies to wasp venom may experience debilitating
and potentially life-threatening reactions if stung.

When eating outdoors, keep food items covered at all times. Keep garbage cans tightly
sealed. Regularly inspect the home and yard to detect newly created nests early. Seal
cracks and crevices which may be wasps’ potential point of entry. Repair cracks in the
perimeters of windows and doors. Caulk cracks along wall or baseboard voids. Limit
potential food sources. Inspect exterior trim and lighting fixtures. Keep window screens
in good repair. An opening of more than 6 mm may be used by wasps to gain entry into
a structure. Control populations of flies, ants, and spiders in and around the home.
Promptly clean up food crumbs and spilled liquids. Store garbage bins more than 15
meters away from the home or the site of outdoor activities. Trim vegetation away from
the exterior of structures. Discard old wasp nests that are no longer in use.

Different wasp species construct nests that range in shape, size, and location. In the
case of paper wasps, nests are constructed using a thin, paper-like material that is
created when the wasps chew plant materials and glue them back together. The nests
of paper wasps consist of 150 to 300 cells arranged in a single layer that is comb-like,
and the nests have stalks or stems called a pedicel. Paper wasps typically attach their
nests to fences, tree branches, roof eaves, frames of doors and windows, and exterior
trim. Like paper wasps, the nests of yellow jackets and hornets are constructed of plant
materials. These nests are comprised of 1,500 to 3,500 cells arranged in several layers,
consist of five to nine combs, and may be enclosed in a paper envelope or non
enveloped. Some yellow jacket nests can be quite large and similar in size to a soccer
ball. Hornets and yellow jackets commonly create nests in hollow trees, wall voids, and
the interior of outbuildings, whereas other nests may be located underground in areas
free of vegetation. Unlike other species of wasps that are social, mud daubers are a
solitary wasp species. Mud daubers’ name is derived from the nests they construct from
mud. These nests are around 20 to 25 mm long and are constructed next to one
another to form clusters up to 120 mm wide. Mud daubers prefer sheltered areas for
nesting sites, such as exterior trim and outbuildings.

Wasps feed on plant materials such as nectar, fruit juices, or honey dew. The most
common wasp pests in Canada are primarily scavengers or carnivores that specialize in
feeding on other insects. As such, wasps play a beneficial role due to their predation of
insect pests in gardens and crop fields. The scavenging behavior of wasps contributes
to their interest in human environments and activities where food is located and makes
wasps common household nuisance pest insects.

As wasps develop from eggs into adults, their bodies are transformed by the process of
metamorphosis, a process that takes around six weeks for most wasp species. For the
first weeks after the eggs hatch, wasp larvae emerge to feed on dead insects provided
to the larvae by stinging female workers. Next, larvae enter the pupae stage in which
the larvae transform into adult wasps over the course of a few more weeks. The queen
generally produces workers only at the beginning of the warm season, and those
workers will then care for larvae while the queen lays more eggs. The largest population
of a wasp colony occurs during late summer to early fall. At this time, the colony
produces a reproductive generation of males and females. Shortly after mating, males
die, while the remainder of the colony dies off over subsequent weeks as temperatures
decrease. Queens (fertilized females) overwinter and, when spring arrives, will lay the
eggs that begin a new colony for that season. Queens prefer to hibernate in low traffic
areas of homes and structures, such as attics, outbuildings, or other storage spaces
they can access.

Why Do I Have Wasps?

Wasps are attracted to human environments and activities primarily due to the presence
of foods or garbage. Overwintering queens may seek out low traffic areas of homes and
structures,such as attics, outbuildings, or other storage spaces. Previously used animal
burrows outside the home can provide suitable nesting sites and may therefore attract
wasps to the property. Additionally, wasps may nest in bare or sandy soils, within wall
voids, in abandoned vehicles, or in tree cavities found near the home around the
property.

How worried should I be about wasps?

Wasps play a beneficial role because they prey on pest insects that can damage
agricultural crops or gardens. Wasps are also capable of delivering multiple stings when
provoked, which could potentially result in deadly anaphylactic shock in allergic
individuals that do not receive prompt treatment. Because wasps are extremely
territorial and can be dangerous and aggressive, removal of wasp nests should be
completed by a trusted and reputable pest control company, like Major Pest Control.

Are you looking for help with wasps? We’re here to help.

We’re happy to help where we can. Reach out to us for a quote on wasp control, and remember we guarantee your satisfaction with our pest control services, or they are 100% free. 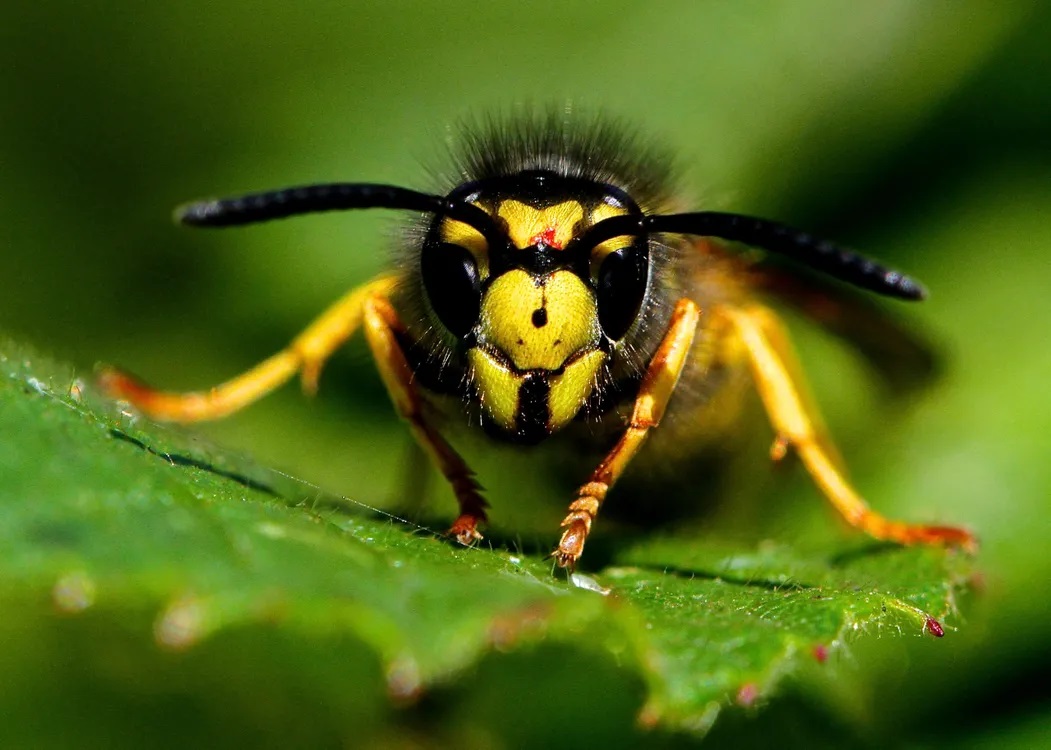 Article Name
All About Wasps- Pest Library Canada - Wasps & Wasp Control
Description
Common Types Of Wasps In Canada. Why they like your house, lawn, and garden, and how best to control them. Frequently asked questions about wasps. Answered by a certified associate entomologist. Pest Control In Canada. Courtesy Of Major Pest Control Canada.
Author
Major Pest Control